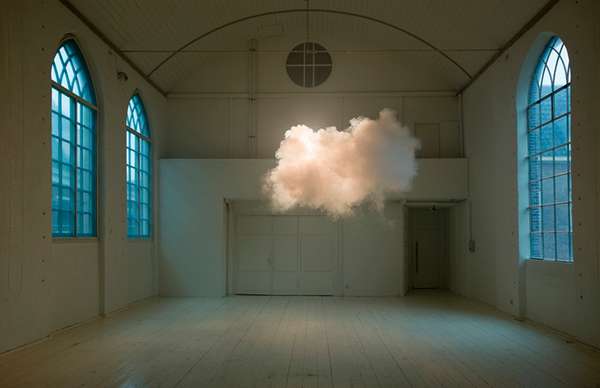 Meghan Young — March 1, 2012 — Unique
References: berndnaut.nl & itsnicethat
Share on Facebook Share on Twitter Share on LinkedIn Share on Pinterest
The Nimbus II art installation may look impossible, but it appears as though someone has managed to capture their own little cloud. Although that would make a great premise for a Pixar film, Nimbus II was actually created and not captured. Nevertheless, the formation of this manmade cloud remains shrouded in mystery.

The magician/artist responsible for the Nimbus II art installation is Berndnaut Smilde, who is based in Amsterdam. Due to its fragile state, the installation lasted mere moments at HMK (Hotel MariaKapel) in the Netherlands earlier this month. Thankfully, it was captured forever in images that are currently appearing in the online gallery Probe.

Sculptural and whimsical, Nimbus II draws on the nebulous concept of the "physical presence of transitional spaces," according to the artist.
6.9
Score
Popularity
Activity
Freshness
Jeremy Gutsche Keynote Speaker