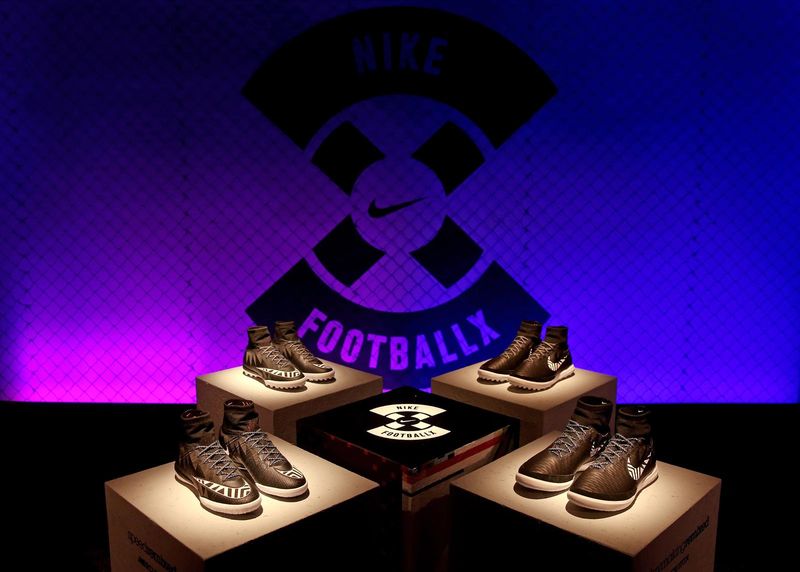 The NikeFootballX Boots are Designed For Five-a-Side Soccer

Rahul Kalvapalle — February 5, 2015 — Fashion
References: news.nike & hypebeast
The NikeFootballX is a line of soccer boots that comprises remixed MagistaX and MercurialX boots but designed specifically for small-sided soccer. While the grand stadiums of the world may be the setting for elite soccer, the world's most popular sport is played everywhere including parking lots, lawns, streets, cages and everywhere in between. The true ground-level version of the game requires specifically engineered boots.

The shoes bear the 'X' symbol as a nod to the number ten, which is the combined number of players in a game of five-a-side soccer. The colorway is inspired by a group of players who play at night by streetlight. The boots have a geometric black graphic that reflects under streetlight.

The NikeFootballX is a great example of niche product development, and altering an existing -- and wildly successful product -- to suit a different market.