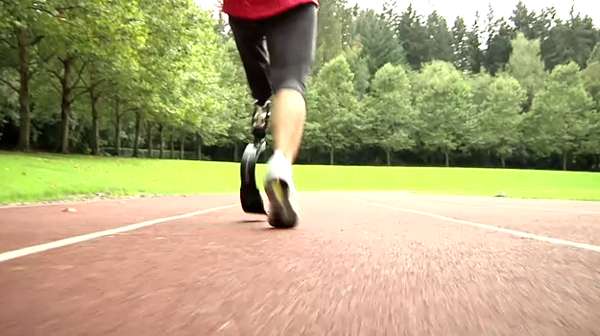 The Nike Sole, the sportswear company's first foray into the world of prosthetics, comprises a sole that can be slipped on and off of running blades. Designed with a material called Aeroply, the Nike Sole is able to grip the running blade's carbon fiber when attached and also gives the athlete stability and a normalized stride length through its longer toe lever. The sole is also designed in an "aggressive C-shape," which helps to improve forward energy return, thus creating a more efficient gait, describes the Nike Sole site.