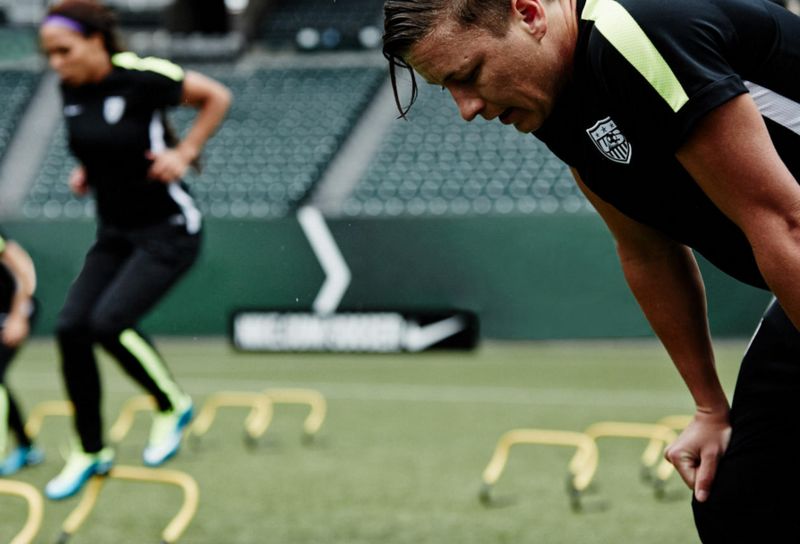 Meghan Young — June 10, 2015 — Lifestyle
References: news.nike
Share on Facebook Share on Twitter Share on LinkedIn Share on Pinterest
Pushing to the limits is something everyone is capable of, but not many actually do; yet watching the Nike Soccer American Woman film will inspire people to give it a go. Part of the global brand's larger #NoMaybes campaign, it features members of the U.S. Women’s National Team as they train for the World Cup.

Juxtaposing the professional players with other athletes, the Nike Soccer American Woman film is incredibly motivational and inspiring. It shows the women on the brink of exhaustion and then how they switch their attitudes to finish what the started. Abby Wambach, U.S. Women’s National Team captain, says, “You have to have a team mentality with the competitiveness of the individual. You want to make sure that everyone around you has the same mentality and then enmesh those individualities. We are masters of controlling ourselves and bringing out the best in each other.”
3.6
Score
Popularity
Activity
Freshness
View Innovation Webinars