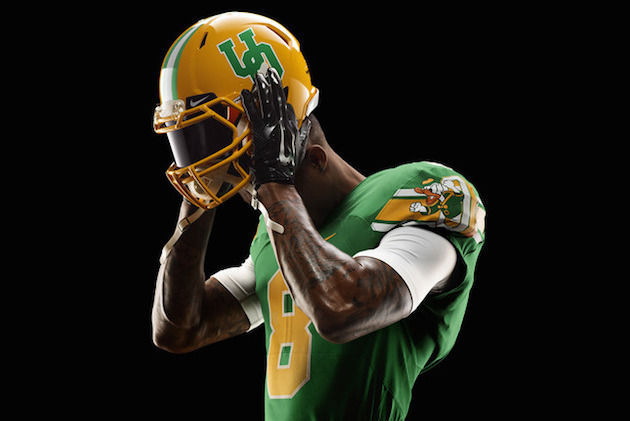 Rahul Kalvapalle — October 22, 2014 — Lifestyle
References: news.nike & bleacherreport
This Nike Oregon Ducks apparel is a modernized version of the iconic 1994 uniform design that the University of Oregon's college football team wore during a game that will forever go down in college football history. The apparel marks the 20th anniversary of the play, known as "The Pick".

In 16 seconds of pure madness, the Ducks' Kenny Wheaton pulled off a 97-yard interception return that secured a 31-20 win that took the Ducks to their first conference crown in 37 years.

The modern Nike Oregon Ducks version of the uniform Wheaton and his teammates wore features the original font along with other modernized design cues. The retro design does not compromise on performance, with the uniform based on Nike Mach Speed technology.
0.5
Score
Popularity
Activity
Freshness