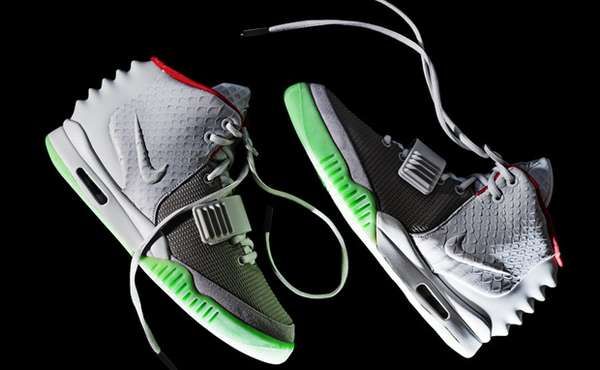 Jordy E — March 26, 2012 — Lifestyle
References: twitter & nicekicks
Share on Facebook Share on Twitter Share on LinkedIn Share on Pinterest
Devoted Kanye West fans have been patiently awaiting the release of the Nike Air ‘Yeezy 2’ sneakers, a fashion meets hip-hop collaboration that has come to represent the latest in menswear. Signed by the rapper himself, these sneakers are set to be released this coming April at select European stores. For a cool $250, owners of the pair will be able to display their dedication to the rap legend.

Featured in Wolf Grey and Pure Platinum, the Nike Air Yeezy 2 runners will likely be purchased as a tribute to the all star rather than as a necessary athletic investment. While the shoes do have calisthenic merit, both on the court and at the gym, they are more so an iconic display of men’s fashion, and further represent a growing merger between the music industry and the designer world.