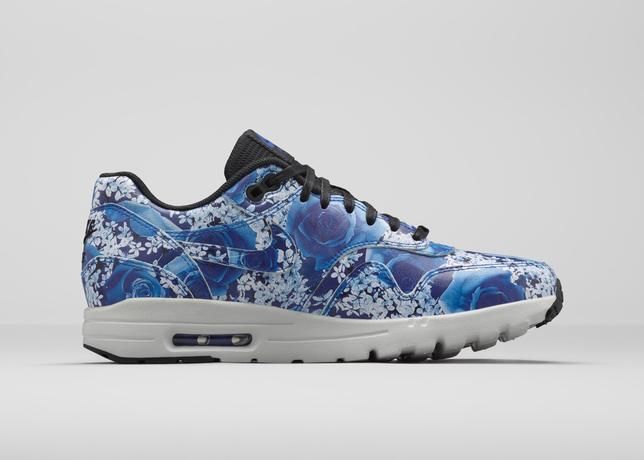 Rahul Kalvapalle — February 24, 2015 — Fashion
References: news.nike & freshnessmag
Share on Facebook Share on Twitter Share on LinkedIn Share on Pinterest
These vibrantly floral variants of the Nike Air Max 1 Ultra are influenced by six global cities that count themselves as among the world's style capitals while also being hope to passionate running populations. The cities in question are London, New York, Paris, Milan, Tokyo and Shanghai.

Each shoe in the collection is inspired by flowers associated with each particular city, in addition to the local heritage. The New York and Paris shoes feature roses and lilies, the Tokyo and London shoes are adorned with roses and cherry blossoms while the Milan and Shanghai shoes feature lilies and plum blossoms. While the shoes are paired up in this way, shoes within the same pairing feature different color schemes.

These Nike Air Max 1 Ultra shoes are an example of hyper-creative design that has a lot of thought put into the meaning as well and execution of the design.
4.4
Score
Popularity
Activity
Freshness
Get Better and Faster

Shock-Absorbing Shoes
The Enko Shoes Are Loaded With Spring-Coils