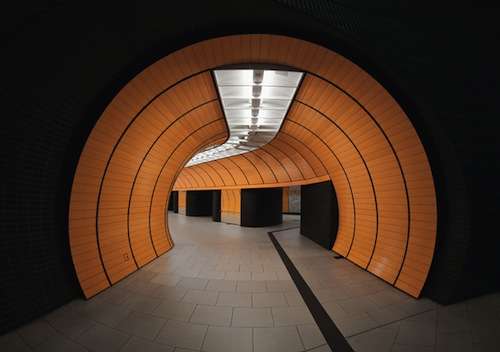 The German photographer took pictures of the underground tunnels around his native city and retouched them so that the beauty in the architectural design would flawlessly stand out. The photos focus on the bright pigments in the wall colors, the geometric shapes in the design and the how the structures interact with the light. The result is a collection of images that are so crisply visual that they appear almost extraterrestrial.

The Nick Frank Subway Series is sublime because it displaces the grimy generalization normally associated with public transportation, and uncovers the magnificence of underground design.
5.8
Score
Popularity
Activity
Freshness