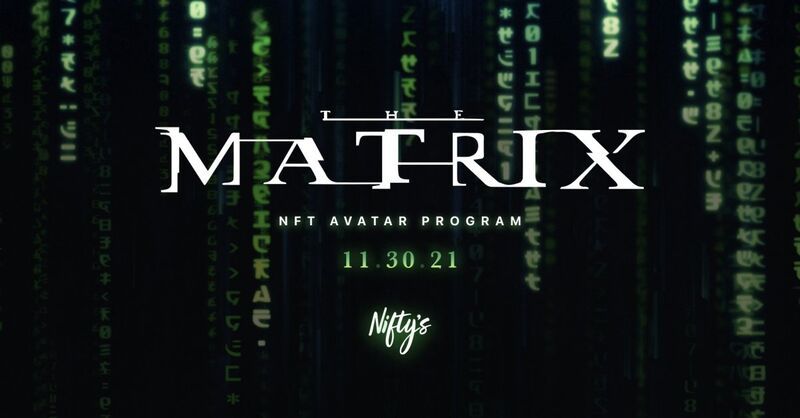 Laura McQuarrie — November 11, 2021 — Tech
References: niftys & currency
Share on Facebook Share on Twitter Share on LinkedIn Share on Pinterest
In anticipation of The Matrix Resurrections, NFT-focused social media platform Nifty's and Warner Bros are teaming up to drop film-themed NFT avatars. The platform is a place where users can create, collect, discover and curate digital assets and Warner Bros is set to launch 100,000 Matrix-inspired NFT avatars ahead of the film's release.

Priced at $50 each, the NFTs were made using Epic Games’ MetaHuman Creator and they bring iconic characters to life.

Nifty's reports that the Matrix NFTs will be launching in two phases that provides an engaging experience for collectors. During the first drop, users will get to buy randomly generated “base” avatars that look like ordinary people trapped in the Matrix. Later on, users have the choice of taking a blue pill to keep their avatar locked in the Matrix or taking a red pill to transform their avatar into a resistance fighter.
6.7
Score
Popularity
Activity
Freshness
Jeremy Gutsche Keynote Speaker