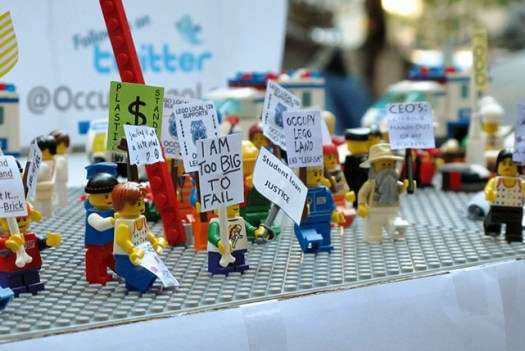 The News in LEGO 2011 Series Recreates the Year's Top Stories

Meghan Young — December 19, 2011 — World
References: flickr & psfk
Share on Facebook Share on Twitter Share on LinkedIn Share on Pinterest
Many events and products rocked the world this year, and the News in LEGO 2011 series captures some of the bigger events. As media outlets begin to compile their year-end special reports, which are topped by those 'Best of' lists, The Guardian has decided to take a different and more unique route.

Through the News in LEGO 2011 series, The Guardian has curated some amazing works of art. Although very playful, these miniature scenes depict some very serious and momentous occasions. For instance, there is a recreation of the balcony scene during the Royal Wedding, Police lieutenant John Pike pepper spraying students at UC Davis, as well as a simple LEGO man representing the late Steve Jobs. The series is playfully poignant.
2.1
Score
Popularity
Activity
Freshness
View Innovation Webinars