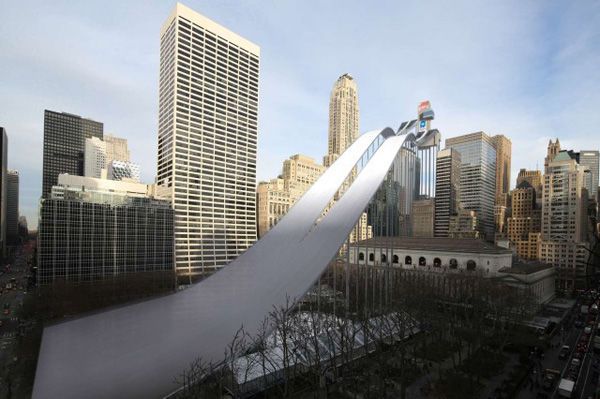 Meghan Young — February 7, 2014 — Lifestyle
References: nytimes & visualnews
Share on Facebook Share on Twitter Share on LinkedIn Share on Pinterest
As impossible as the imagined New York Winter Olympic Venues may be, they are certainly not as controversial as the current host's accommodations. Of course, it is not Sochi's venues that are under such heated debate, but the country's belief and legal system as a whole. Yet that just goes to show how people would opt more for fantasy than the reality any day of the week.

Since losing the 2012 bid to host the Summer Olymics, the New York Times decided to envision what it would look like with New York Winter Olympic Venues scattered throughout Manhattan. From a winding luge in Time's Square to alpine events in Central Park and sky slopes above the New York Public Library and Bryant Park, the possibilities are endless and, unfortunately, quite ludicrous.
2.2
Score
Popularity
Activity
Freshness
Jeremy Gutsche Keynote Speaker