9 Ugliest Cars Ever Made 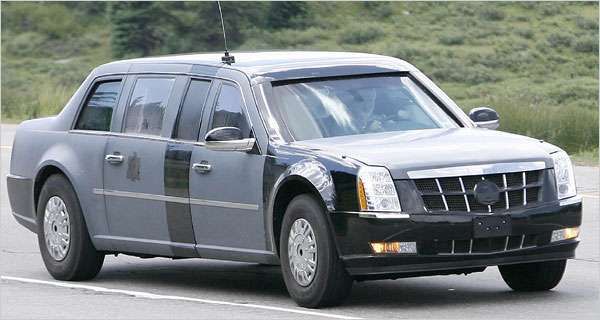 The speculation is that the new First Car, which is rumored to be in the final stages of production by GM motors, will be released soon.

Though it appears more Mad Max (in its beta phase), than luxury in the sneaked photograph, the final version is supposedly along the lines of the 2500 series trucks.

The new Presidential ride will be an armored car built from scratch, similar in construction to the heavy duty Suburban or Cadillac, but with extra security features.

The First Car has experienced an evolution over the years, as depicted in the images above, so it will be interesting to see the final version of the latest carriage.

The secrecy surrounding it’s specifications or dimensions are not being spilled by either Cadillac or the Secret Service at this stage, so we will have to wait and see.
1.2
Score
Popularity
Activity
Freshness
Jeremy Gutsche Keynote Speaker