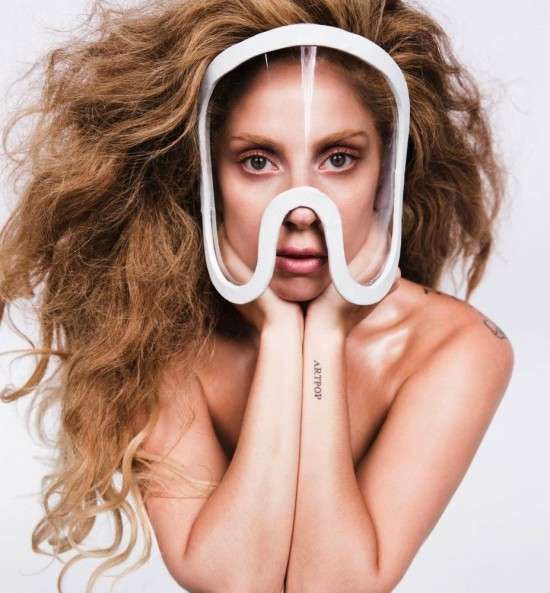 The album/app hybrid is described as “a musical and visual engineering system that combines music, fashion, art and technology.” The iconic popstar is known for her daring fashion and although Lady Gaga isn’t wearing very much in this promotional image, it is just a teaser at what is to come.

In the image, Gaga wears a visor from the Isabell Yalda Hellysaz Fall 2012 collection. The first promotional image for ArtPop was shot by renowned photography duo, Inez & Vinoodh. Although it will be several months until the release of ArtPop, the first single from the album will be released on August 19, 2013.

$12,000 Acrylic Nails
A Bidder Payed a Hefty Price for a Piece of Lady Gaga Nail Art