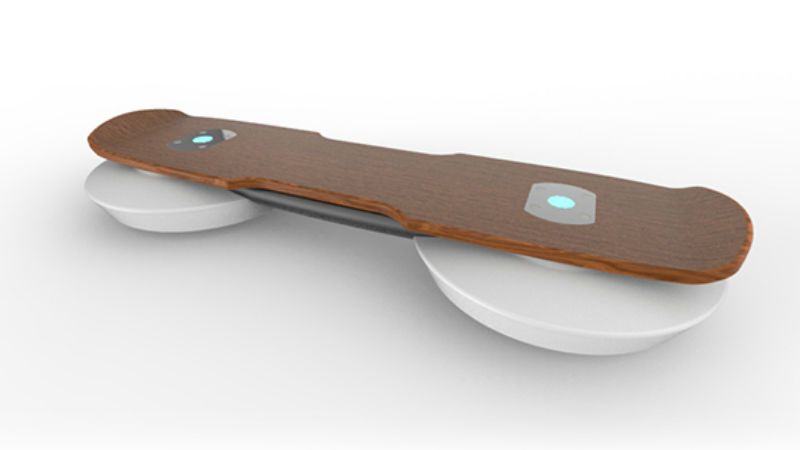 This New Hoverboard Was Designed in Consultation with Tony Hawk

The new hoverboard, called the Hendo 2.0, looks and handles like a genuine skateboard, as opposed to its predecessor, the original Hendo. While both are genuine hoverboards, using magnet technology to levitate off the ground, the Hendo was a larger, thicker, more unwieldy model. The genius minds at Hendo asked Tony Hawk to consult and collaborate on the new hoverboard, and the result was predictably skate culture-oriented. Hawk's suggestions were to make the Hendo 2.0 lighter, smaller, quieter and easier to ride. The new hoverboard, unsurprisingly, seems to be modeled after the deck of a skateboard.

Just in time for October 21st, 2015, the day Marty McFly arrived in the future, the world now has a genuine Back to the Future-style hoverboard.
6.6
Score
Popularity
Activity
Freshness
Get Trend Hunter Dashboard