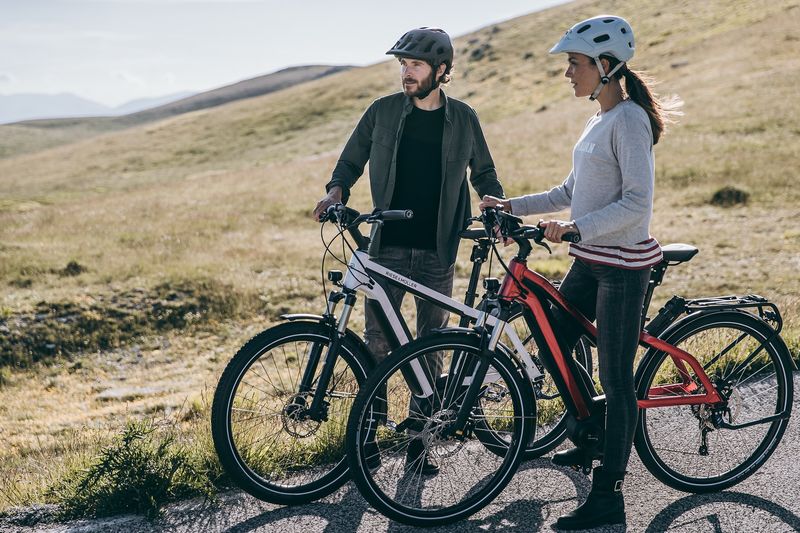 Joey Haar — March 7, 2018 — Autos
References: r-m.de & r-m.de
Share on Facebook Share on Twitter Share on LinkedIn Share on Pinterest
Riese & Müller, the premium e-bike manufacturer out of Germany, has arrived at a watershed moment with its two newest bicycles, the 'New Charger' and the 'Supercharger'. The e-bikes have fully integrated batteries, meaning that they provide the same power and range as earlier models, but without the bulky appearance that plagues many other battery-powered bikes.

The New Charger and Supercharger incorporate the Bosch PowerTube battery into the frame's downtube. Both models can also be fitted with an optional DualBattery, which gives them a total of 1,000 Wh and up to 100 miles of range on a single charge. The e-bikes are thus well-suited to day trips or long-distance commutes.

Currently on the market, the New Charger is on offer in five different configurations, while the Supercharger is available in seven configurations.
4.3
Score
Popularity
Activity
Freshness
Attend Future Festival