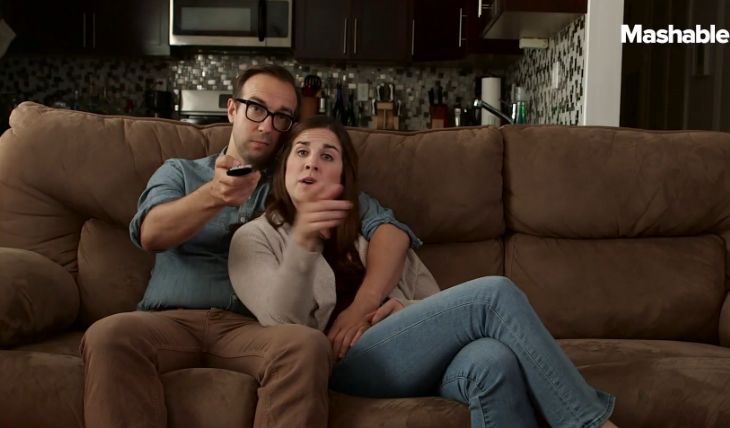 Christopher Magsambol — October 9, 2015 — Pop Culture
References: mashable
Share on Facebook Share on Twitter Share on LinkedIn Share on Pinterest
Mashable's recent parody video titled 'Netflix Settle' tries to solve the problem that so many couples on Netflix have, picking something that both of them will enjoy watching. Often times, couples go back and forth with what they want to watch, which ends up being a much longer process than it should take.

The fictitious feature Netflix Settle is meant to settle the argument and select something totally random for you to watch, whether you want to or not. Ironically, although the video promotes the idea of settling on what to watch, the selected show or movie is completely out of the blue.

Although meant to be humorous, Netflix Settle may be rooted in some truth -- perhaps the release of a more accurate and dependable function that can select an appropriate compromise.
1
Score
Popularity
Activity
Freshness
Get the 2021 Trend Report FREE