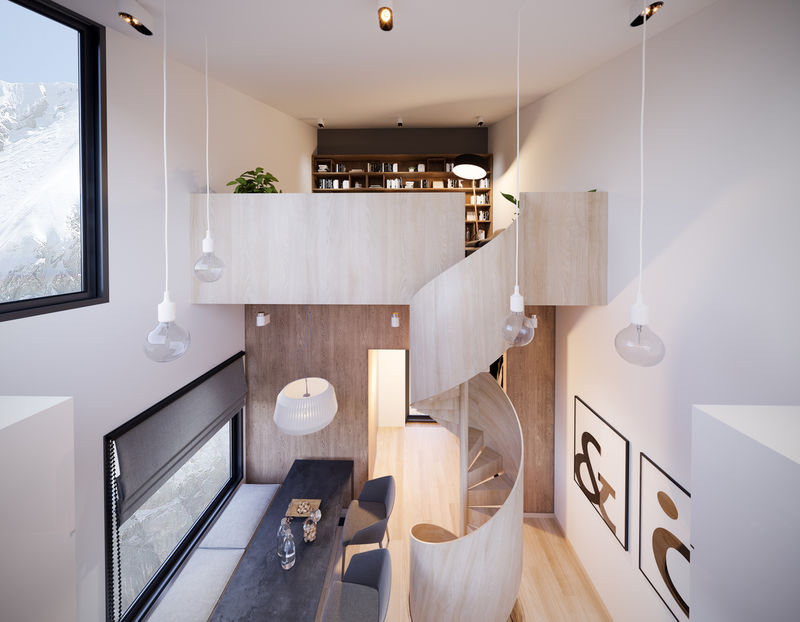 Joey Haar — May 17, 2017 — Art & Design
References: nestinbox.se & archdaily
Share on Facebook Share on Twitter Share on LinkedIn Share on Pinterest
Swedish architecture studio Manofactory's 'Nestinbox' is designed to address a modern urban issue. As cities increase their densification, suitable land for building is coming at a higher and higher premium, which in turns means higher cost of living for everyone. Rather than hunting for creative ways to build on horizontal ground, Manofactory took inspiration from the birds and designed houses that could be built on vertical cliffsides.

Nestinbox is a prefab housing design that literally hangs dwellings off of the sides of cliffs, like eagles' aeries. Though the houses are relatively small, they have several rooms, making them a perfectly suitable residence for any city with the appropriate topology. Further, since the Nestinbox houses are replete with windows, they're guaranteed to offer great views.

The houses are designed to be built in groups, and each can be access via an interconnected series of stairways that lead down from the top of the cliff.
6.8
Score
Popularity
Activity
Freshness
View Innovation Webinars