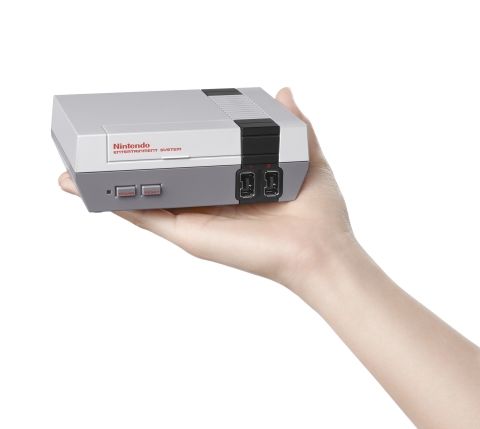 Joey Haar — July 15, 2016 — Tech
References: businesswire & engadget
Share on Facebook Share on Twitter Share on LinkedIn Share on Pinterest
Nintendo is re-releasing a modernized version of a classic game that captivated generations of children and is poised to dominate the game industry -- no, not Pokemon Go, but the new, palm-sized 'Nintendo Entertainment System: NES Classic Edition.' Fans of throwback games like Super Mario Bros., Kirby's Adventure, MEGA MAN 2, and dozens of others will be able to play on the NES Classic Edition without the hassle that comes with finding arcane cords for HD TVs or setting up complex computer mods.

Aside from the benefit of its compact, portable size, the compact NES comes with a replica NES controller that is virtually indistinguishable from the original model. Equipped with a standard HDMI cable, the system is compatible with any modern TV, letting consumers plug in and play immediately.