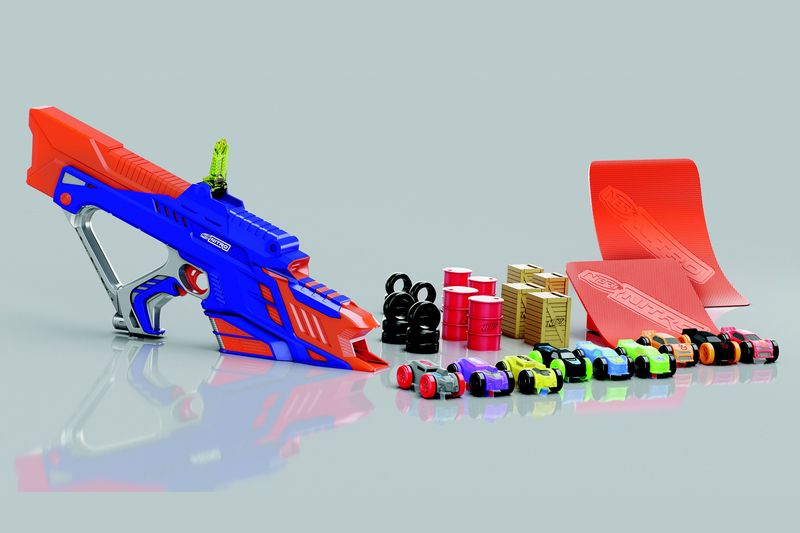 The Nerf Nitro Shoots Toy Cars Rather than Foam Bullets

Joey Haar — January 26, 2017 — Life-Stages
References: cnet
Share on Facebook Share on Twitter Share on LinkedIn Share on Pinterest
Nerf is known for its fun dart guns, but the company is looking to merge its experience in ballistics with another arena of the toy industry with the Nerf Nitro. The new toy looks like a canted Nerf gun, but rather than shooting foam darts it fires off toy cars.

A Nerf Nitro set comes with a blaster, a few of the specially designed toy cars, and other props like mock obstacles and jumps. Designed to foster the imagination, the miniature props in the various Nerf Nitro sets include tires, oil barrels, wooden crates, and even plastic rings of fire. They also come with two different jump gradients, allowing kids to get creative with the feats that they send their Nerf cars through.
3.2
Score
Popularity
Activity
Freshness
Attend Future Festival Virtual