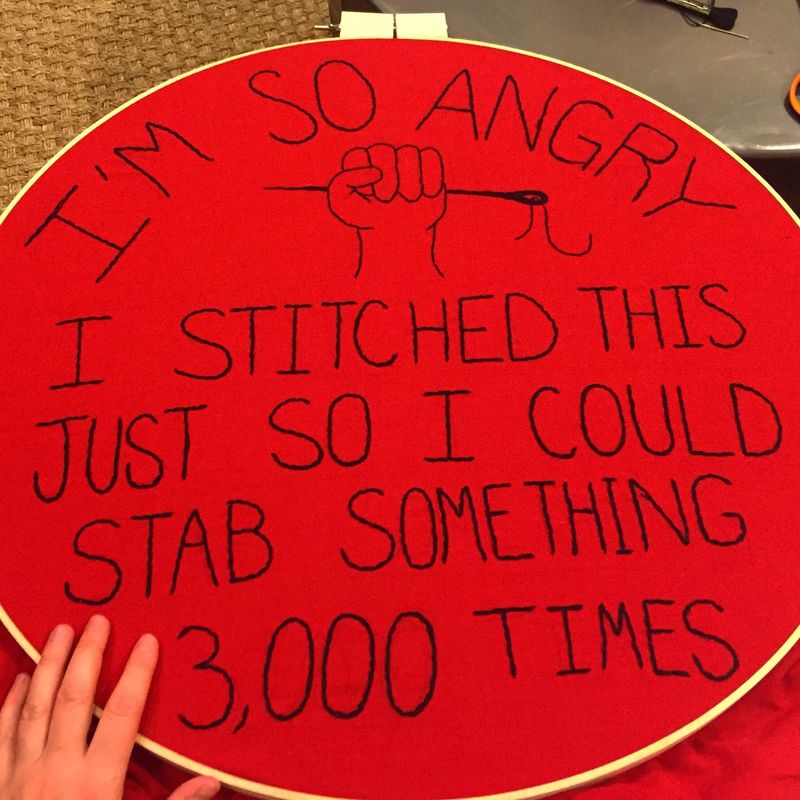 Shannon Downey Leverages Knitting and Embroidery to Form a Protest

Defining it as a "handmade social change", Downey's 'Craftivism' has become a popular tool for female empowerment and needlework activist statements. Badass Cross Stitch doesn't only produce content, but it also actively engages the public. Two of Shannon's designs inspired her to start a project, called 'Badass HERstory,' which implored women from around the world to stitch their own stories and submit them for a collaborative exhibition.

Shannon didn't miss out on putting her foot down at the 2017 Women's March either. She stitched an incredibly captivating sign that read "I'm so angry I stitched this just so I could stab something 3,000 times."
2.4
Score
Popularity
Activity
Freshness
Get the 2021 Trend Report FREE