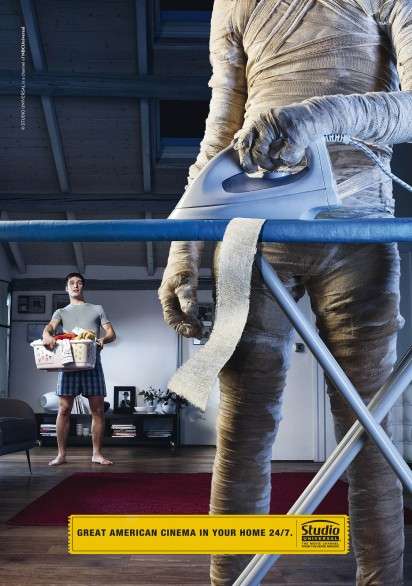 The NBC Studio Universal Campaign Revolves Around a Mummy and Cowboy

Meghan Young — November 8, 2012 — Marketing
References: yr & ibelieveinadv
Welcoming a terrifying mummy or reckless cowboy with open arms into one's home is taken a bit literally in the NBC Studio Universal campaign. Instead of remaining on the television screen, the posters show these two characters living in the home as guests. Granted, at least they are picking up the slack in terms of house chores.

Once again conceived and executed by the Young and Rubicam ad agency branch based in Rome, Italy, the NBC Studio Universal ad campaign is a spin off of last year's print ads, which focused on hilarious re-makes of classic films. In this case, the NBC Studio Universal campaign was art directed by Corrado Frontoni with creative direction by Alessandro Canale and Vicky Gitto as well as photography by the talented Paolo Cecchin.
4.3
Score
Popularity
Activity
Freshness