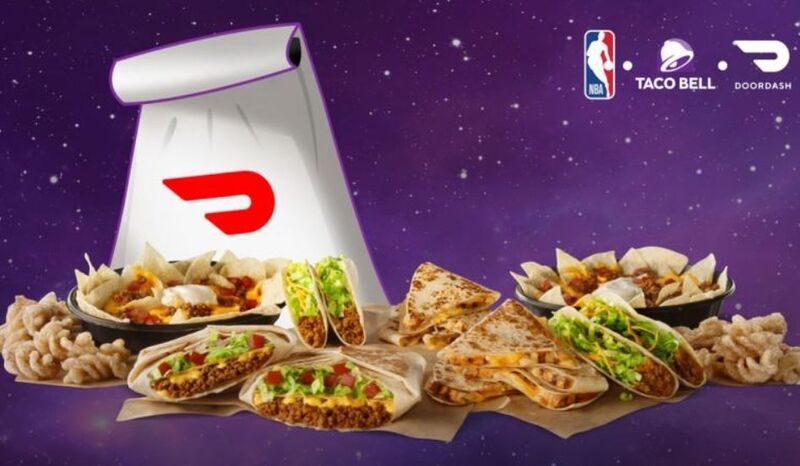 To make watching the NBA finals at home a little bit more fun, Taco Bell has teamed up with DoorDash to launch new NBA Playoffs Party Packs. These party packs are essentially meal bundles for groups of various sizes, with options for both meat-eaters and vegetarians alike. Some of the tasty options include the $12 Cravings Meal For 2, which features two Beef Soft Tacos, two Crunchwrap Supremes, two Bean Burritos, and two Chips and Nacho Cheese Sauce. For a bigger crowd, there are options like the $25 MVP Meal For 4, which comes with two Chicken Quesadillas, two Crunchwrap Supremes, four Beef Soft Tacos, two Nachos BellGrandes, and two Cinnamon Twists.

The NBA Playoffs Party Packs are available May 22 through May 24, 2021, when you order Taco Bell through DoorDash.