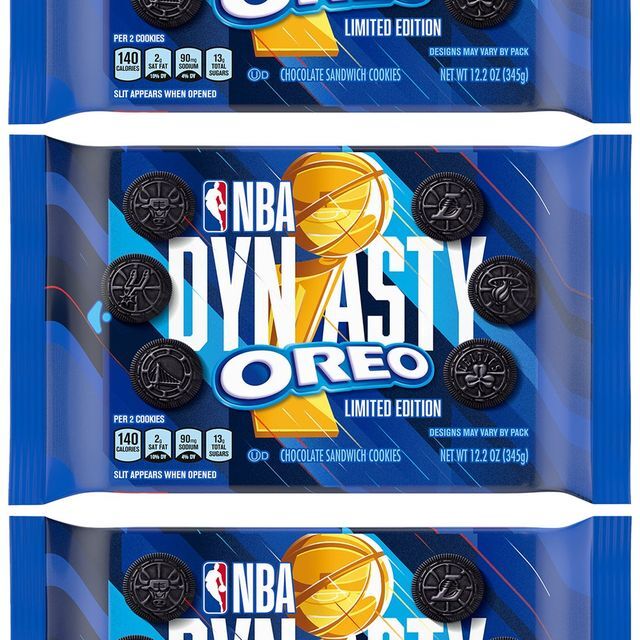 The NBA Dynasty Oreo Cookies are Embossed with Team Logos

Laura McQuarrie — March 14, 2021 — Lifestyle
References: TasteGreatnessVIP & delish
Share on Facebook Share on Twitter Share on LinkedIn Share on Pinterest
In partnership with the NBA, Oreo is introducing the limited-edition NBA Dynasty Oreo Cookies, which are embossed with the logos of some of the league's teams. The sandwich cookies stay true to their classic black and white, creme-filled format yet they have a twist that promises to appeal to sports fans specifically. The special Oreo cookies have been shaped after teams like the Chicago Bulls, Boston Celtics, Golden State Warriors, Los Angeles Lakers, Miami Heat and San Antonio Spurs.

Basketball fans will appreciate other details, inside and out, as the packaging for the NBA Dynasty Oreo Cookies depicts the Larry O'Brien Championship Trophy. Additionally, sports fans will have the chance to win a grand prize trip to the NBA All-Star 2022 games thanks to this partnership between Oreo and the NBA.
4.9
Score
Popularity
Activity
Freshness
Get the 2021 Trend Report FREE