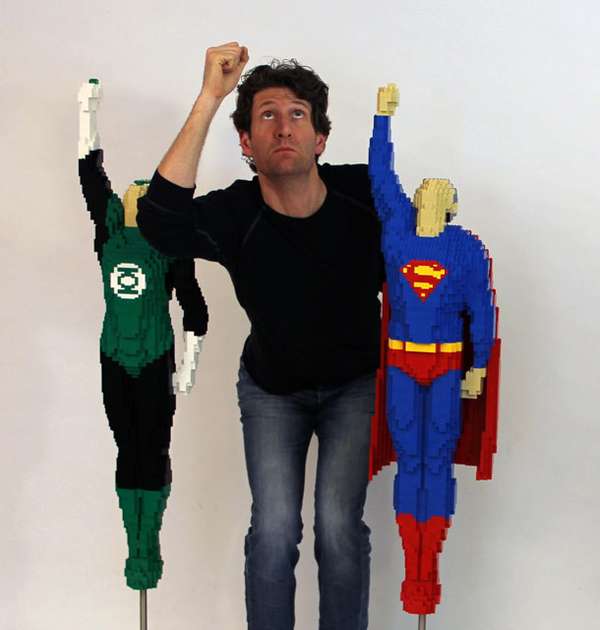 The Nathan Sawaya 'Clark and Hal' figure is the latest from the very talented artist, who has built many personalities out of LEGO before. This time, Sawaya pays tribute to two of DC Comics' most popular heroes after being approached by the Los Angeles Times to create a piece for the Hero Complex Film Festival. He found out that director of the 1978 Superman film, Richard Donner, would be there and decided to make Superman out of bricks. With the Green Lantern out in theaters and getting a lot of attention, he decided to create Hal Jordan as well.

Nathan Sawaya once again displays the talent and patience he has for art. As a Batman fanatic, I hope he creates one of the Dark Knight.
1.9
Score
Popularity
Activity
Freshness
Jeremy Gutsche Keynote Speaker