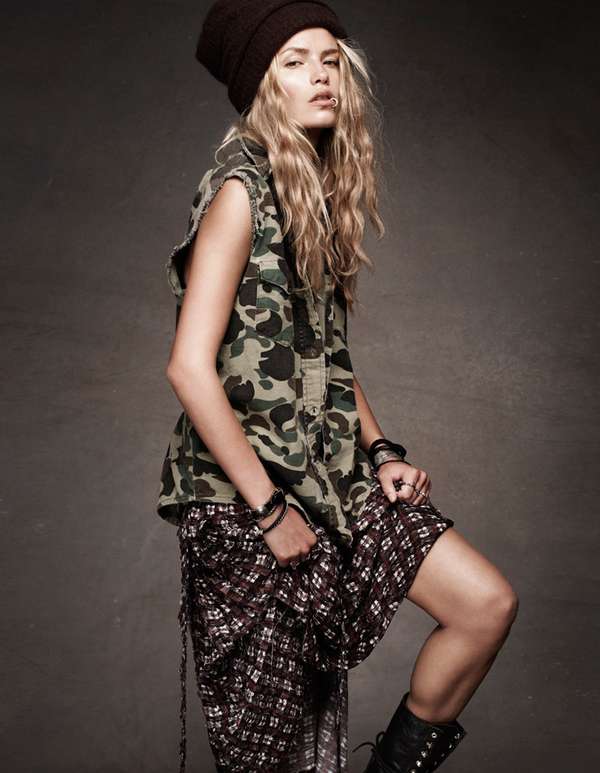 In a camouflage-print vest and plaid fringed skirt, Poly takes on the look of a 90s grunge queen, complete with a lip piercing and tousled blonde locks that would have any Nirvana fan swooning. Sporting a look that screams disco diva for one photo, and denim chic cowgirl in the next, Natasha shows off her versatility and skill as a model, appearing almost unrecognizable from shot to shot.

With Halloween just around the corner, now is the perfect time to check out the Natasha Poly Vogue Spain November 2011 editorial, for some perfectly edgy and daring dress-up inspiration.
6
Score
Popularity
Activity
Freshness
View Innovation Webinars