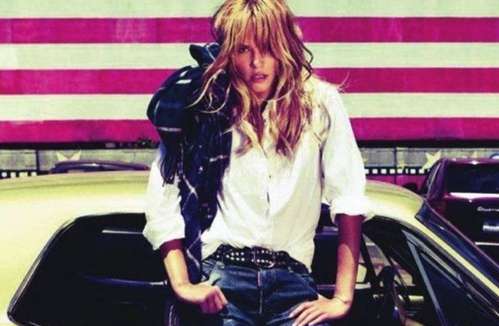 The carefree, grungy feel of the shoot effectively epitomizes the feel of downtown Los Angeles, while maintaining touches of American pride. This Natasha Poly Vogue Paris August 2011 shoot appeals to vintage-loving fashionistas and to American patriots.

Implications - Touches of patriotism have proven to be favourable not only on commemorative occasions, but within product campaigns and fashion spreads year-round. The ability for companies to showcase their nationalist sides allows for consumers to instant feel a sense of trust and reliability with a company and their products.
4.4
Score
Popularity
Activity
Freshness

Patriotic Pictorials
The Photography of Greg Manis Pays Tribute to the Red, White and Blue