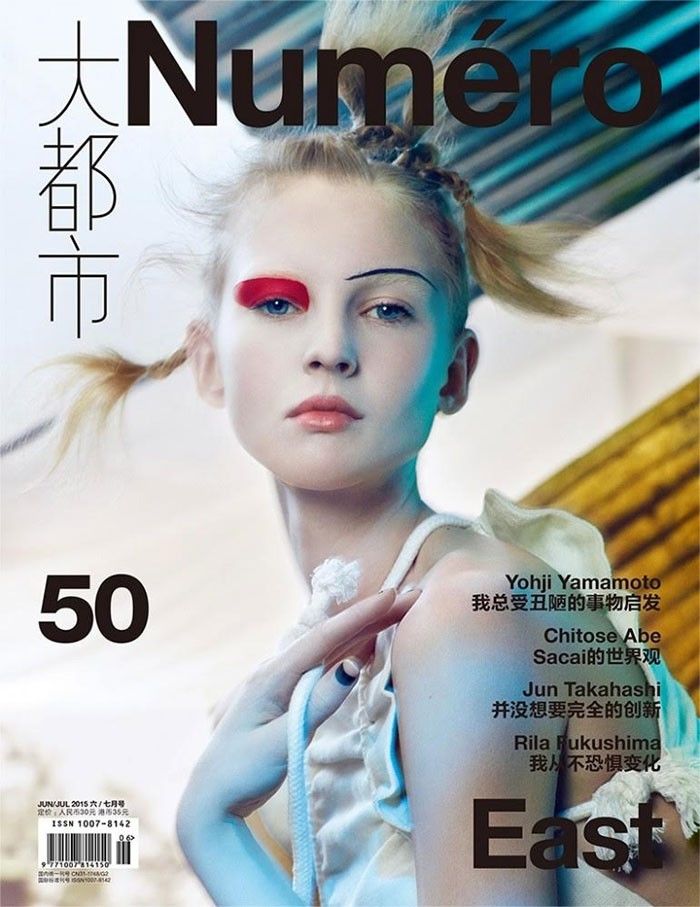 Meghan Young — June 10, 2015 — Fashion
References: numero & models
Share on Facebook Share on Twitter Share on LinkedIn Share on Pinterest
Nastya Sten embraces a moody future in which fashion is inspired by Asian style. Granted, she was shot for the cover of Numero China, so it's only natural that the looks would take this specific turn. Nevertheless, Nastya Sten is styled with surprising details that will inspire women to have a little fun with their summer outfits this year.

Appearing in the June-July 2015 issue of the publication, Nastya Sten was shot by photographer Txema Yeste. Dramatically exotic, she is captured predominantly at night. This is reflected in the outfits themselves, which were styled by Tim Lim. As eclectic and edgy as they are exotic, the fashion is daring and experimental. However, the makeup by Victor Alvarez and hair by Nicolas Jurnjack may be more so.
6.2
Score
Popularity
Activity
Freshness
Get Trend Hunter Dashboard