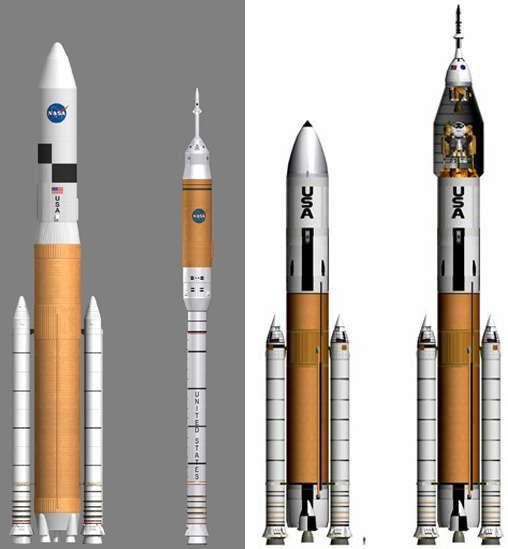 Meanwhile, a bunch of NASA engineers, currently active, but many retired, are secretly working on an alternative design called the Jupiter (seen in the photo with the white background.) The rogue group claims their rocket is cheaper, safer and more powerful than the Ares. Pretty bold statement from a bunch of guys who mostly are out to pasture.

Implications - The ideas for these Jupiter rockets are pretty wild. The Jupiter rockets would use an old shuttle fuel tank design on both rockets, granting only one booster with the payload.

The group is facing opposition from the NASA establishment, who believe that it won't work.

We'll keep you posted on how this plays out.
2.9
Score
Popularity
Activity
Freshness
Get the 2021 Trend Report FREE