Top 100 Pop Culture Trends in May 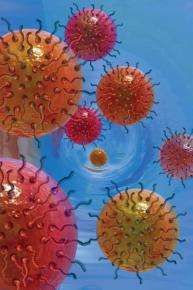 Drinking Water from Arsenic (Innovation for the Developing World)

TechnoGadget — November 12, 2006 — Science
References: cben.rice.edu
Share on Facebook Share on Twitter Share on LinkedIn Share on Pinterest
Rice University's Center for Biological and Environmental Nanotechnology developed a new, cheap technology for cleaning arsenic from drinking water. This new technology will surely help millions of people in India, Bangladesh and other developing countries where cases of arsenic poisoning each year are connected to poisoned wells. They conducted an experiment that involves suspending pure samples of uniform-sized iron oxide particles in water. They used a magnetic field to pull the particles to out of solution, leaving only the purified water. After removing the tiny particles from the water they measured it and ruled out the most evident explanation: the particles were not massing.

"Magnetic particles this small were thought to only interact with a strong magnetic field," Colvin said. "Because we had just figured out how to make these particles in different sizes, we decided to study just how big of magnetic field we needed to pull the particles out of suspension. We were surprised to find that we didn't need large electromagnets to move our nanoparticles, and that in some cases hand-held magnets could do the trick."

Knowing iron's ability to bind arsenic, the group repeated the experiments and found that the particles would reduce the amount of arsenic in contaminated water to levels well below the EPA's threshold for U.S. drinking water.