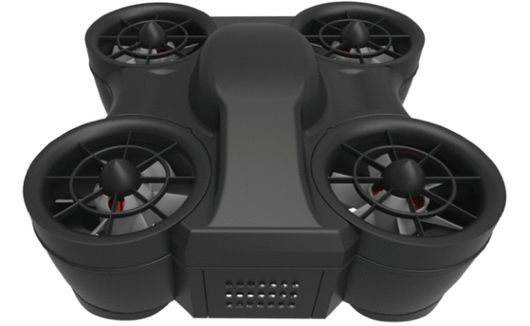 Rahul Kalvapalle — May 26, 2015 — Tech
References: indiegogo & gizmag
Share on Facebook Share on Twitter Share on LinkedIn Share on Pinterest
The Nano Tornado is a quadcopter that uses four ducted fans instead of the usual exposed propellers. Exposed propellers don't just have the potential to hurt people, they can also easily be damaged in crashes. This is why Pasadena, California-based Polyhelo decided to go ahead with this drone, a 3D-printed flying prototype of which already exists.

Because the Nano Tornado doesn't have exposed propellers, it can be used in applications considered too risky for regular drones, such as flying in narrow spaces or near branches or obstacles. Moreover, it can easily be carried around in a bag and can safely be landed on users' outstretched arms.

The market for drones is expanding at a phenomenal rate, but this quadcopter still manages to stand out because of its hidden-propeller design.
6.1
Score
Popularity
Activity
Freshness
View Innovation Webinars