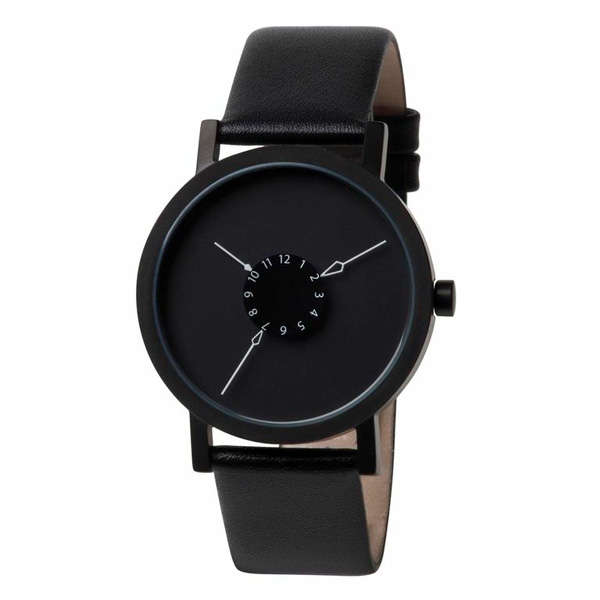 The Nadir Watch by Damian Barton is Intriguingly Minimalist

Meghan Young — May 9, 2013 — Fashion
References: projectswatches & yankodesign
Share on Facebook Share on Twitter Share on LinkedIn Share on Pinterest
The Nadir Watch is essentially an inverted version of the traditional timepiece. Although that might not be discernible at first due to its minimalist aesthetic. Inspired by the word 'nadir,' which is the deepest point on a celestial sphere directly beneath a surface position and also appropriately means 'opposite' in Arabic, all of the details of the Nadir Watch have been turned inwards.

Instead of ringing the outside of the Nadir watch, the numbers are compressed in the middle. Also, the smallest hand is the hour hand, followed by the next longer hand as the minute hand and finally the longest hand, which is the second hand. A unisex design, The Nadir Watch is clean, simple and intriguing.