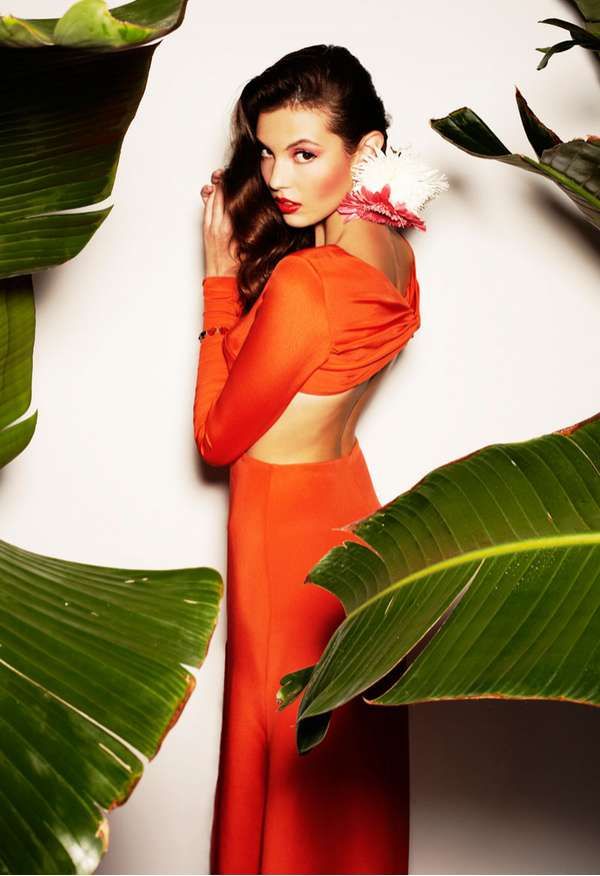 Meghan Young — December 21, 2011 — Fashion
References: nachoaguayo & fashiongonerogue
Share on Facebook Share on Twitter Share on LinkedIn Share on Pinterest
The Nacho Aguayo SS12 campaign offers a taste of summertime with its latest collection. Filled with vibrant colors, the campaign photo shoot injects a tropical vibe thanks to the bright backdrops and occasional leafy prop that peeks in from the corners. The fashion itself, aside from also featuring some stunningly vibrant hues, is much more elegant than would be expected from a tropical-inspired line.

Spanish model Paula Folch, who is the official new face of the Nacho Aguayo SS12 campaign, is both demure and glamorous throughout the shoot. Art directed and styled by Francisco G. Beivide, the campaign was shot by FGSunsetSTUDIO. Other than the color, the shoot is rather simple, which reflects the simplicity of the design staples that are the core of the Madrid-based label.
6.2
Score
Popularity
Activity
Freshness
Jeremy Gutsche Keynote Speaker