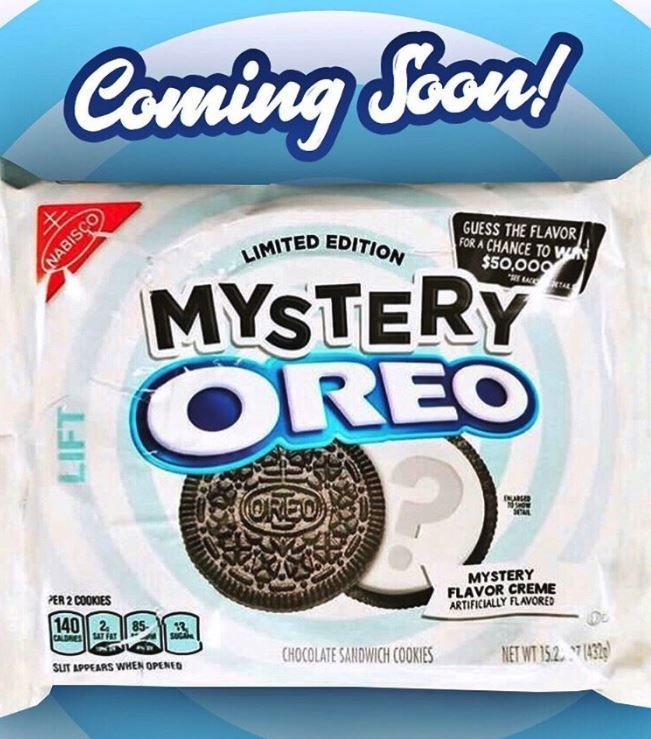 The New Mystery Oreo Flavor is Has a Mercurial Cream Filling

Joey Haar — August 25, 2017 — Lifestyle
References: foodandwine
Share on Facebook Share on Twitter Share on LinkedIn Share on Pinterest
Flavor is one of people's weaker senses, and Nabisco is banking $50,000 on that proposition with its new Mystery Oreo flavor. The flavor isn't a mystery in that it hasn't been revealed yet — rather, it's a mystery in that won't be revealed even while the cookies are on shelves. The packaging indeed reads Mystery Oreo, and the true identity of that flavor will be part of a contest for consumers; those who guess the correct flavor and submit it will be entered for a chance to win the grand prize.

Flavors often feel intuitive. When biting into an apple, one can immediately recognize the apple flavor. However, it isn't often that people eat something without any prior knowledge of the flavor they should be tasting. Candy usually emblazons its flavor on the label, and any other food is apparent because of how it looks and feels. By giving consumers a total mystery, Nabisco is engaging them in a new manner.
4.3
Score
Popularity
Activity
Freshness
View Innovation Webinars