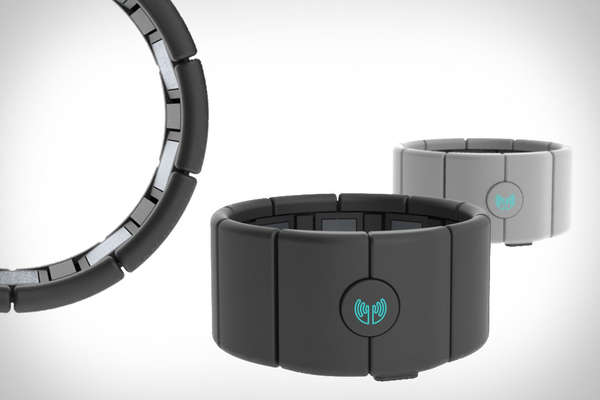 Meghan Young — February 27, 2013 — Tech
References: getmyo & uncrate
Share on Facebook Share on Twitter Share on LinkedIn Share on Pinterest
Controlling computers and devices have never been so much fun thanks to the MYO Armband. Those who wear these hi-tech accessories will be able to channel their inner Luke Skywalker since it will appear as though they are using the force. At least they can fool children with that fantastical thought. Playfulness aside, the MYO Armband allows for more intuitive control through gestures.

By using the electrical activity generated by the wearer's muscles, the MYO Armband wirelessly communicates with daily devices including Macs, PCs, phones or tablets. It is equipped with a six-axis motion sensor to track movements. The sensors are so advanced, it can detect the flick of a single finger. In fact, since muscles react to signals prior to physical movements, the MYO Armband may respond to it before the wearer does.
4.3
Score
Popularity
Activity
Freshness
View Innovation Webinars