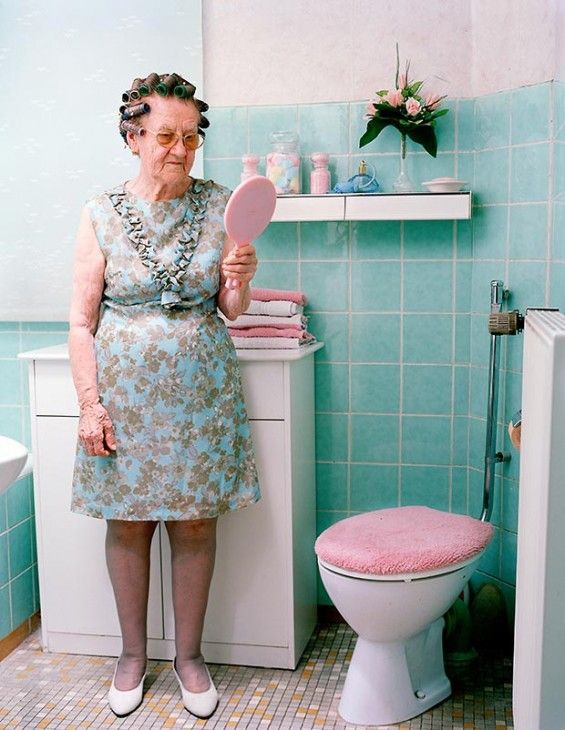 Meghan Young — June 17, 2014 — Fashion
References: ninaroeder.de & beautifuldecay
There is something slightly surreal about the photo series titled Mutter Schuhe by Nina Roder, a photographer born in Neuendettelsau, Germany. It captures three generations of women, which happen to include herself. Yet instead of posing alongside her grandmother and mother, the artist separates them all in order to have them pose in similar ways wearing the exact same clothing in the exact same rooms of her childhood home.

Mutter Schuhe by Nina Roder is deeply personal, intimate and beautiful. Roder writes, “The personal narrative of my mother and my grandmother effects my life in a very dominant way: Almost every artwork I’ve done so far is influenced by conscious or unconscious aspects of family stories."
6.5
Score
Popularity
Activity
Freshness