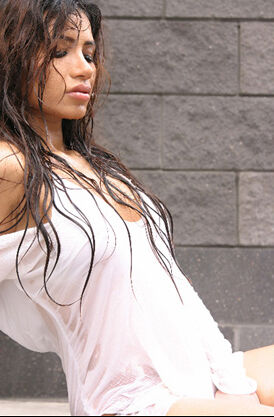 The Asian Muslim businesswoman wants to continue conquering all fields; after the successful launch of her publication Talent Magazine, of which she's the editor and publisher, it looks like she's motivated to go after any dream.

"A woman's primary responsibility is usually interpreted as fulfilling her role as a wife and mother, whereas a man's role is to work and be able to financially support his wife and family," Wikipedia says of a Muslim woman; it also says, "A woman should act and dress in a way that does not draw sexual attention to her when she is in the presence of someone of the opposite sex."

So is kicking butt in a skimpy bikini out of the question? Adams is going to try for it anyway.

"The casting agent and the producers liked my pictures and other work and have invited me for audition. I don't know too much about the part at the moment, but it is a good character role as one of the Bond girls with about 15-20 minutes of screen time," Adams said.

"To be on a James Bond film as a Muslim Asian woman, would not just open up doors for me but break down barriers for other people as well. That would be the biggest thing I could achieve.'

It won't be an easy role, and it definitely won't be easy to get family support.

"I had a strict upbringing and I didn't even see my first movie until I was at university in Edinburgh, which funnily enough was a Bond film. I am getting a lot of support from my friends who are extremely excited about this but my parents aren't really happy about me auditioning for this part. But I believe you have to choose your own path in life. And if I'm happy, eventually they'll come round to it as they always do."
5.6
Score
Popularity
Activity
Freshness
Access Advisory Services