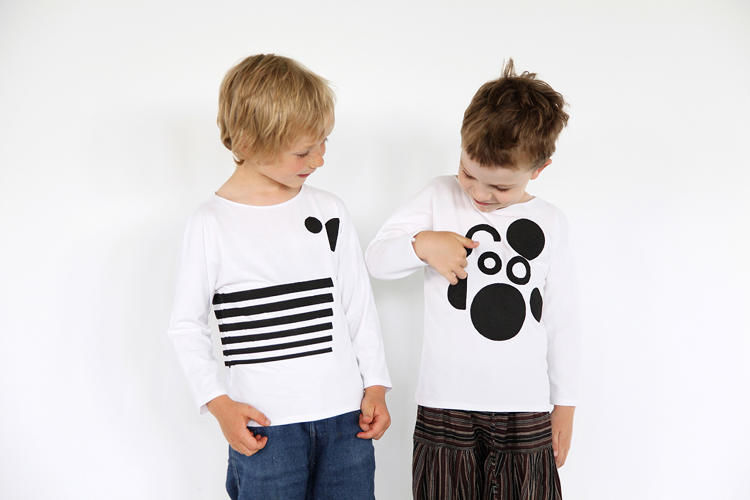 Meghan Young — January 20, 2016 — Life-Stages
References: studioany & fastcodesign
John Paul George & Me is a musical children's tee that plays on the fact that kids need constant stimulation. Well, need may be a strong word, but parents may feel that its rightly used. That said, this piece of clothing uses conductive paint that turns it into an instrument when touched.

With three different musical children's tees, kids can create their own band. One acts as a guitar, the other as bass and the last as drums. They are each represented by their own abstract graphic, which loosely depicts the different instruments. Working with an app, the tees playback in real-time. Since the sound is coming from what device is in use, headphones can be implemented so that parents aren't disturbed on a minute basis.
4.7
Score
Popularity
Activity
Freshness