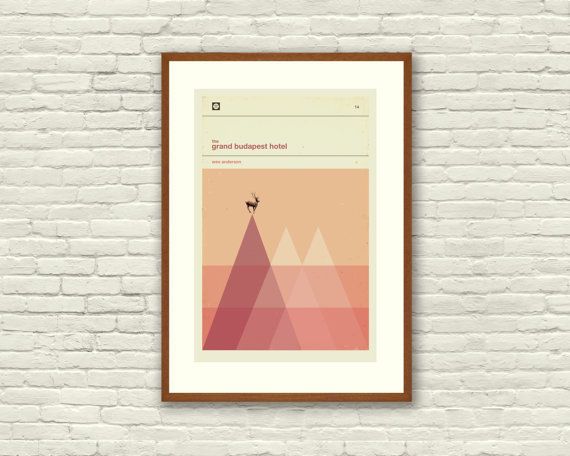 Alyson Wyers — January 6, 2015 — Art & Design
References: etsy & fastcodesign
Share on Facebook Share on Twitter Share on LinkedIn Share on Pinterest
This artistic movie poster series pays tribute to the work of Wes Anderson. Representing films like The Royal Tenenbaums, The Grand Budapest Hotel, Moonrise Kingdom, The Life Aquatic with Steve Zissou and Rushmore, the prints were designed by Concepcion Studios in San Francisco. Available for purchase on Etsy, the posters are so in line with Anderson's esthetic, they could easily be featured as background art in one of his movies.

The movie poster series features minimalist graphics in a vintage style that makes for a great decorative element in a vintage-styled home. The modern, mid-century design is described by Fast Company's CoDesign as out-tweeing Wes Anderson. The almost overly quaint imagery is a must have for the distinctive director, writer and film producer.
3.5
Score
Popularity
Activity
Freshness
View Innovation Webinars

Athletic Masked Fox Prints
This Fantastic Mr. Fox Art is a Portrait of a Character from the Film