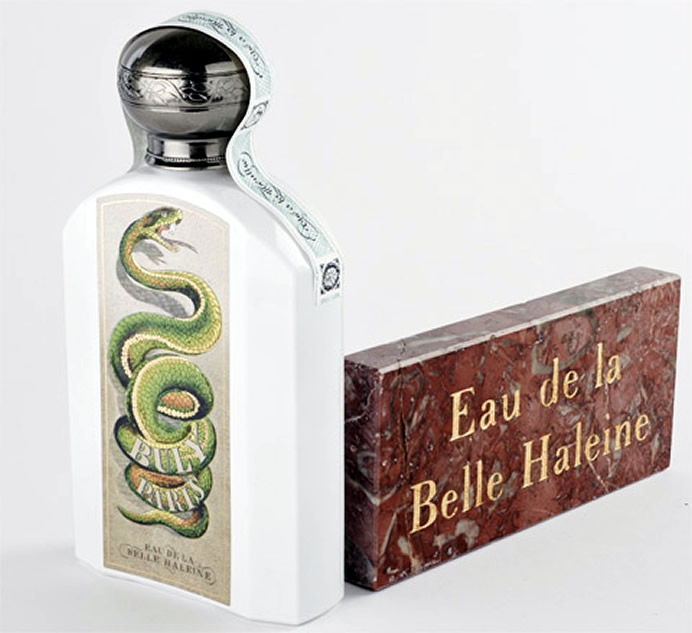 Laura McQuarrie — July 15, 2014 — Marketing
References: style & gizmodiva
Share on Facebook Share on Twitter Share on LinkedIn Share on Pinterest
Mouthwash is generally one of those personal care products that you continually buy, but it's typically not one that you lust after the same way as something like a decadent hand cream or a luxurious soap. However, if there was ever a mouthwash to covet, it's the French Eau de la Belle Haleine mouthwash from Buly, which is just as fancy as it sounds.

The mouthwash has a gentle Moroccan-mint flavor, which is a pleasant alternative to some of the harsher mouth rinses out there. The packaging for the Eau de la Belle Haleine is just as decadent as its contents, featuring a winding serpent illustration on it that makes it look more like a fancy fragrance bottle than one for mouthwash. At $41 per bottle, the mouthwash has a price to match its claims of luxury.
6.2
Score
Popularity
Activity
Freshness
Access Advisory Services