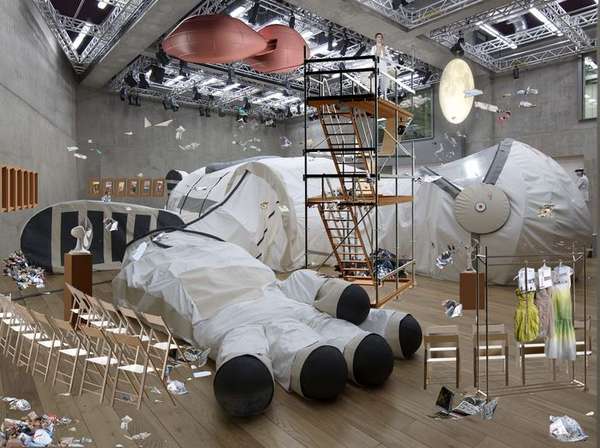 Meghan Young — April 24, 2013 — Unique
References: zacheta.art.pl & psfk
The Mother Earth Sister Moon installation involves a humongous space suit that appears fit for a giant. But since giants only exist in stories and fairy tales, this incredible sculpture has been utilized for a fashion and design showcase. It features "pieces that present an exploratory storyboard of how the future was imagined during the Communist regime of the former Soviet Union," according to Psfk. It is also influenced by the Soviet space program as well as science fiction films and literature of the period.

All-Black Full Jumpsuits
TAKAHIROMIYASHITATheSoloist. Unveils the Black Inside Out Jumpsuit