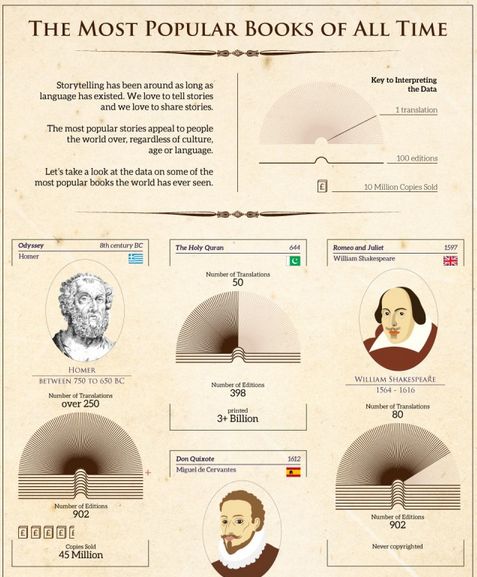 As you might expect, some of the authors that make an appearance in the graphic include Mark Twain, Shakespeare and Charles Dickens. However, some of the more modern titles like 'Harry Potter' and 'The Da Vinci Code' already have numbers to rival the success of many of the classics that have been around for centuries.

Even if you don't recognize all of these titles, or haven't had the chance to read them yet, you can be sure that since they're so popular there is likely already a movie out that is based on them.