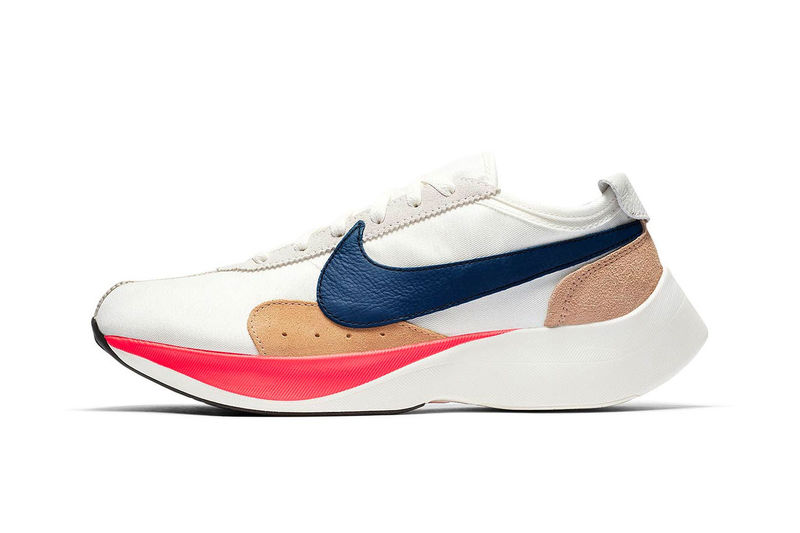 Amy Duong — October 29, 2018 — Fashion
References: nike & hypebeast
Nike first introduced its Moon Racer silhouette earlier in July this year and now the footwear model is receiving two new tonal options of either Sail and Solar Red or Black and Racer Blue. The running shoes boast retro design elements that draw cues from the label's signature Moon Shoe from 1972. There are, however, more contemporary accents as well -- the sole units on the model are drawn from the new Vapor Street Flyknit. The Moon Racer's uppers are constructed from a mix of materials including suede, leather and nylon.

On top of the mixed-material uppers is a large Swoosh as the branding accent, all of which sits on top of the curvy midsole made from React foam cushions. The black and racer blue colorway option is designed to recall that of a night sky with a predominantly black hue throughout its upper and midsole and additional white speckled design on the midsoles and racer strip. The Sail and Solar Red option has an off-white upper and navy blue branding details along with a cream heel accent.
3.3
Score
Popularity
Activity
Freshness