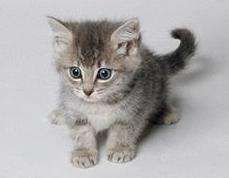 "A parasite that causes rats to sacrifice themselves to cats may also change human behavior, making women more outgoing and warmhearted, and men more jealous and suspicious. The Toxoplasma bacteria protist is shed in cat feces, which are eaten by rats; infected rats become fearless in the presence of cats, which makes them easier to catch, which, in turn spreads the disease to new cats." - BoingBoing

"Some scientists believe that Toxoplasma changes the personality of its human hosts, bringing different shifts to men and women. Parasitologist Jaroslav Flegr of Charles University in Prague administered psychological questionnaires to people infected with Toxoplasma and controls. Those infected, he found, show a small, but statistically significant, tendency to be more self-reproaching and insecure. Paradoxically, infected women, on average, tend to be more outgoing and warmhearted than controls, while infected men tend to be more jealous and suspicious." - The Corante
4.3
Score
Popularity
Activity
Freshness
Get Better and Faster