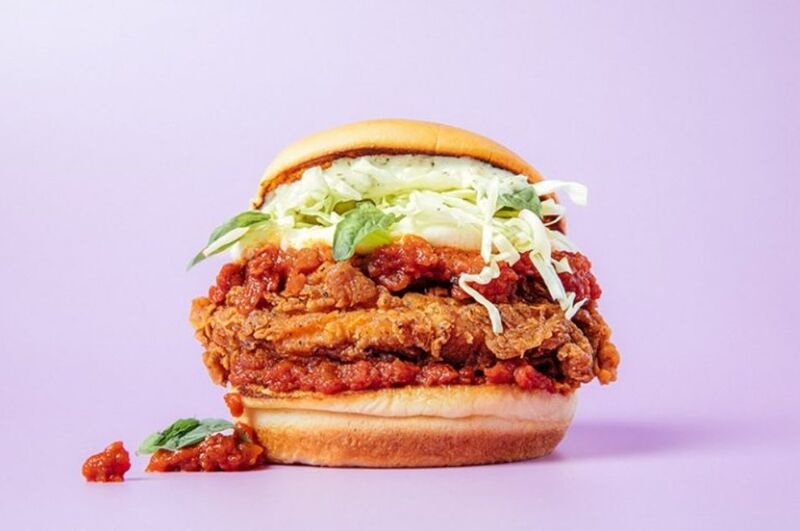 The Monteverde Chicken Parm sandwich was designed to raise money for a good cause, with all proceeds donated to Inspiration Kitchens, which is a non-profit organization that trains low-income and homeless Chicago residents for careers in the food industry.