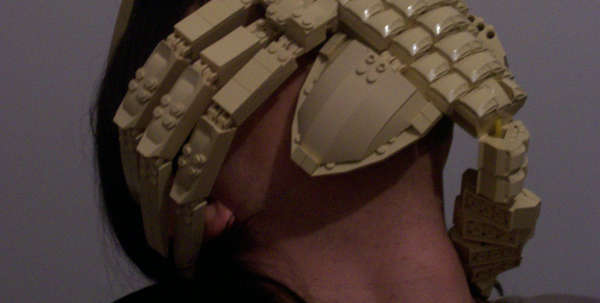 Amanda Greer — May 30, 2013 — Life-Stages
References: al13n163na.deviantart & lostateminor
This LEGO-made film monster replica of the face-hugging alien from the 1979 film of the same name is both realistic and suffocating. Made by Carlos Valero entirely of LEGO building blocks, this mask is horrifically realistic, closely resembling its repulsive alien inspiration although without the goo and fluids.

The mask clamps over the wearer's face just as the alien does in the film. However, since this alien isn't actually alive, the mask could be used as an elaborate costume piece or even as a sleeping mask. Valero's clear enthusiasm for 'Alien' comes through in this piece, which is one of the most elaborate examples of fan art in recent years. This film monster replica was created with the utmost care, attention to detail and passion making it the ultimate 'Alien' tribute.
3
Score
Popularity
Activity
Freshness