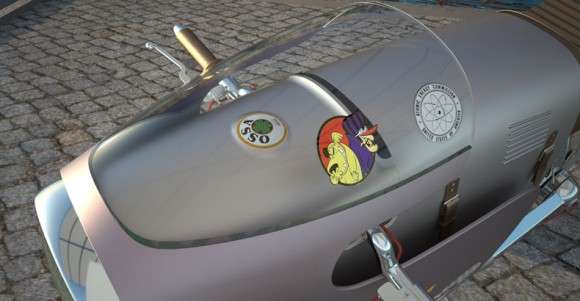 Andrew Robertson — March 19, 2012 — Autos
References: art-tic & blog.gessato
Share on Facebook Share on Twitter Share on LinkedIn Share on Pinterest
The new Monocasco concept bike by Art-Tic draws inspiration from the original Monocasco racing bike used by motorcycle legend Santiago Herrero. While by no means promoted towards racing, the Monocasco bike is an electric adaptation of the iconic, competitive motorcycle, ideal for the eco-friendly city commuter.

Still in the development state, the company has released several photos showcasing the various models for the Monasco concept bike, all of which encompass a retro appeal with a smooth, modern design.

Incentive for reducing one’s carbon footprint continues to grow, and with modern designs such as the Monocasco concept bike by Art-Tic, being green has never been more cutting edge. The design exudes a competitive edge while embracing a casual elegance, bound to impress even the most conservative of tastes.
4.9
Score
Popularity
Activity
Freshness
Get the 2021 Trend Report FREE