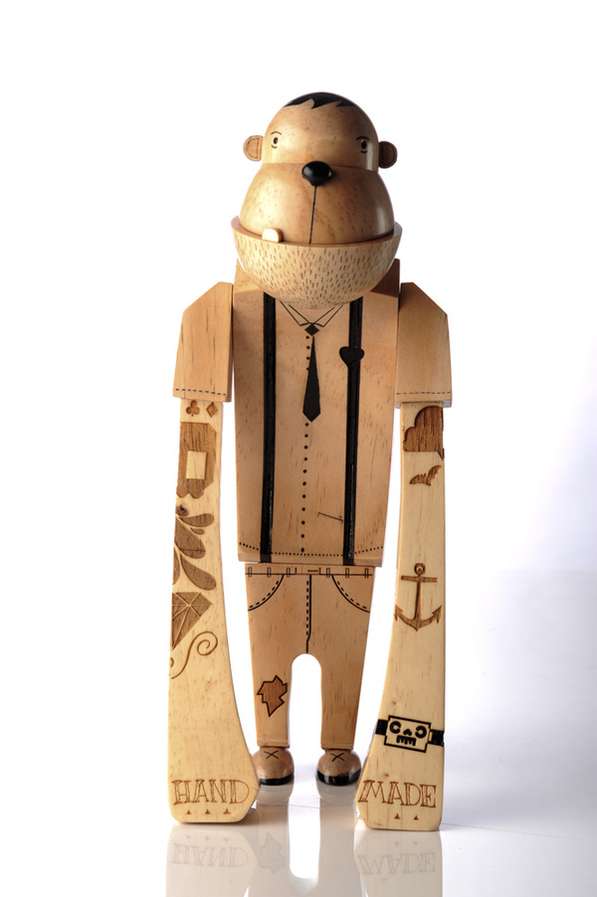 Monkeying Around Depicts One Hip Animal with Some Serious Ink

Monkeying Around is a collaborative creation between Collective Effort and Rowan Toselli. The sculpture is a hand-made, tall, lean monkey who kind of looks like a hipster--only he doesn't have an epic mustache. The primate has a painted-on shirt, tie, suspenders, hair, pants, shoes, and a bit of a scruffy beard. Both artists have also added some tattoos, which really shows off their craftsmanship. Instead of drawing them on, they meticulously carve them onto the arms of the monkey.

The figure is wonderfully made and it's clear how much time has been put into it. With such a creative mind between the two artists, it'd be interesting to see what other hip animals they might have up their sleeves.
4.2
Score
Popularity
Activity
Freshness
Jeremy Gutsche Keynote Speaker