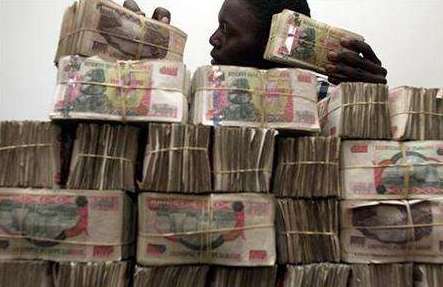 Bianca — December 6, 2007 — Unique
References: uk.reuters
Share on Facebook Share on Twitter Share on LinkedIn Share on Pinterest
A Zimbabwe man got really crafty after forgetting his business cards, and went out creating new ones using money as a medium. The professional hunter had his business information stamped on 100 10-cent bearer cheques which he distributed at London's World Tourism Market fair. The Zimbabwe Tourism Authority says he distributed over 10,000 notes.

"The ZTA alleges that Paul had discouraged foreign tour operators from coming to Zimbabwe while claiming that the country's currency was so useless that it was only fit to be used as business cards," Reuters said.

"Zimbabwe is struggling with the world's highest inflation rate of about 8,000 percent because of an economic crisis and it is hard to buy anything with its smaller denomination "bearer cheque" bank notes," Reuters explained.

Denis Paul, 41, was charged for defacing bank notes; either he will have to pay a fine, or spend up to a year in prison. Yikes! Be wary of creativity that gets you in trouble.

One things for certain though -- he was successfully able to raise hype for his company, and isn't that the intention of business cards?