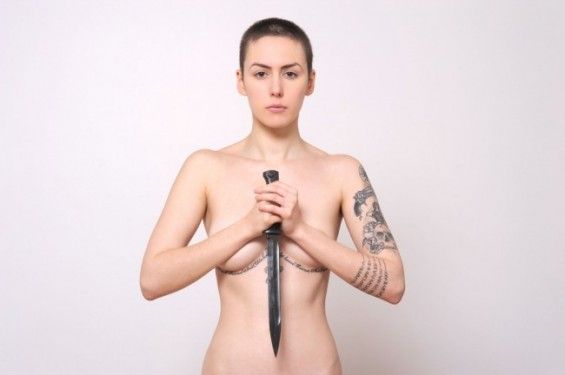 Meghan Young — March 11, 2014 — Naughty
References: pascalpierrou & beautifuldecay
Share on Facebook Share on Twitter Share on LinkedIn Share on Pinterest
The photo series titled Modern Girls by Pascal Pierrou, a photographer based in Paris, France, captures alternative feminine beauty. Yet for all of its 'alternativeness,' the women shot in the series are depicted in a raw and vulnerable light, which is hard not to appreciate. Whether covered in tattoos or boasting a shaved head, they are beautiful inside and out.

Shot in studio against a white backdrop Modern Girls by Pascal Pierrou concentrates solely on the person and her personality. According to the blog iGNANT, "His inspiration for the series was Andy Warhols' ‘Factory’ which was popular in the 60s in New York. Pierrou imagined people of a new factory, free women, feminists, artists that would exhibit their skin, hair, tattoos and words without being ashamed."
5.9
Score
Popularity
Activity
Freshness
Get Trend Hunter Dashboard