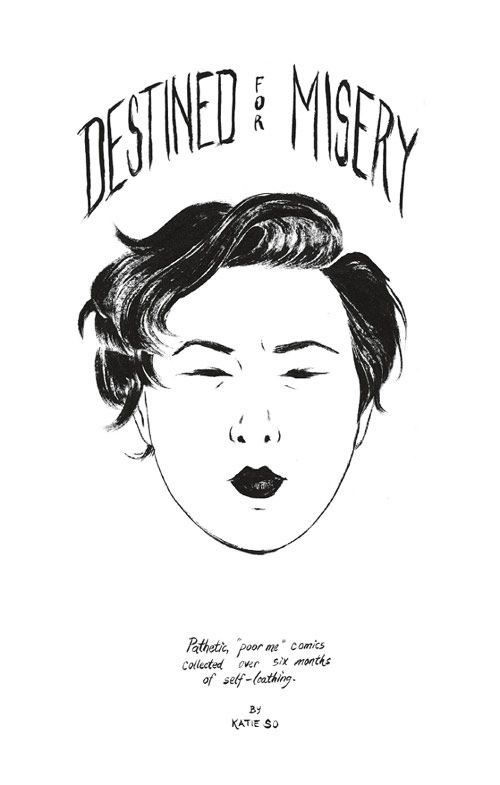 Farida Helmy — January 30, 2014 — Art & Design
References: katie.so & booooooom
Share on Facebook Share on Twitter Share on LinkedIn Share on Pinterest
It's a fine line between what is considered funny and what is considered a depressing fail when it comes to the art of self-loathing; luckily, Katie So gets it just right with her Destined For Misery modern day comics.

Toying with neurosis and procrastination, and a lot of self pity, the Destined For Misery comics are simple and very true of this generation and all of its hangups on life.

Using a monochromatic palette except for just one of her comics in the series, this Vancouver-based illustrator introduces her series off with "pathetic, "poor me" comics collected over six months of self-loathing."

It's hard not to understand the tone of her comics after such an honest start. The comics continue after that with concepts of being buried alive, "I went to the hospital and they gave me morphine," and the super authentic concept of "Slouch Life."
1.7
Score
Popularity
Activity
Freshness
Get Better and Faster